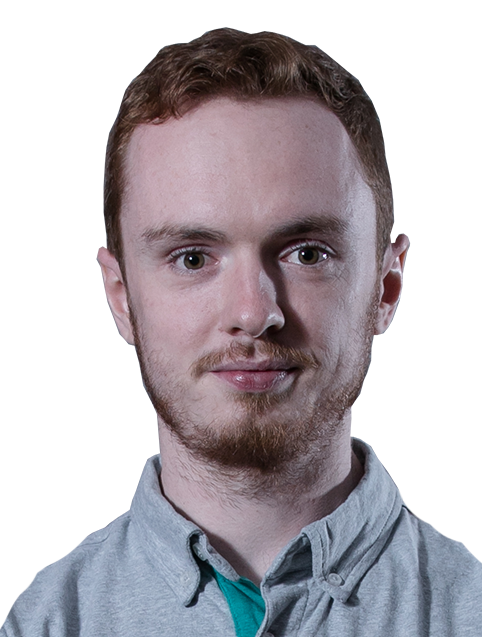 Until the release of F1 2011, all prior racing games where I had used a wheel, I used buttons on the wheel for throttle and brake, rather than pedals.

Harry Jacks from Lowestoft, Suffolk, first started playing racing games on F1 1997 and started competing online in 2011, on F1 2010. He made the final in McLaren’s World’s Fastest Gamer competition last year and has numerous league titles to his name. He describes his driving style as smooth and precise. Harry says it is an “honour and a privilege” to be part of the Mercedes-AMG Petronas Esports Team, believing he has been chosen for his pedigree and history on previous F1 games despite not being on the scene in recent years.

"I think my favourite year for Formula One would probably have been 2008."

Q: Who is your favourite F1 driver ever?

A: My favourite F1 driver is currently Lewis Hamilton, although I do have a soft spot for Daniel Ricciardo as well. Before those two, sort of back growing up as a child, it would have been Mika Häkkinen.

Q: Which circuit is your favourite on the F1 Games?

A: Suzuka, for its fast and flowing nature.

Q: What is the first driving video game that you remember playing?

Q: Which car is your favourite to drive?

A: My favourite car to drive would probably be the most recent Mercedes F1 cars just due to the sheer amounts of downforce they produce. They’re so fun to throw into the fast and high speed corners. Again, I have another soft spot though for the sort of late 90’s /early 2000 cars with their screaming engines – there’s always fun to be had with those things.

Q: Which was your favourite year in F1 and why?

A: I think my favourite year for Formula One would probably have been 2008. Just because of the rollercoaster of emotions with Lewis winning the title, just about at the last corner of the last race. The memories thinking back now throughout the season, with the ups and downs, especially following on from the previous season as well, where it fell away in the last few races. Making up for it in that next season really made the difference, and a British driver really taking an interest in F1 at that time was a big thing for me.

Q: What was the first driving game you remember playing?

Q: What type of driving style do you think you have?

A: I think my driving style consists of being smooth with lots of precision. Not sort of aggressive, I think smoothness is normally the key to my driving.

Q: When did you first start racing online?

A: When I first started racing online would have been on F1 2010, so it would have actually been in 2011 when the game sort of carried over into the next year. I remember racing online casually and then moving into league racing where you’d race against more like-minded people in a competitive manner. So that was my first taste of racing online.

Q: What platform did you first start racing online with?

A: My platform for racing would have been on Xbox, although I have recently moved to PC.