The wait is almost over. The 2019 F1 season concluded in Abu Dhabi on December 1, with precious little track action to fill the gap. Of course, the 2019 F1 Esports Pro Series Grand Final helped ease the pain. But now finally, F1 fans have something else to enjoy – pre-season testing is here!

Among the gorgeous new cars, ingenious technological devices, and highly sought-after drivers, some familiar faces from the world of F1 Esports got amongst the action during the first week in Barcelona. He’s the team principal of Alfa Romeo Racing’s Esports division, so it was only right that Aarav ‘Aarava‘ Amin got to cast his eye over the on-track squad for a change. 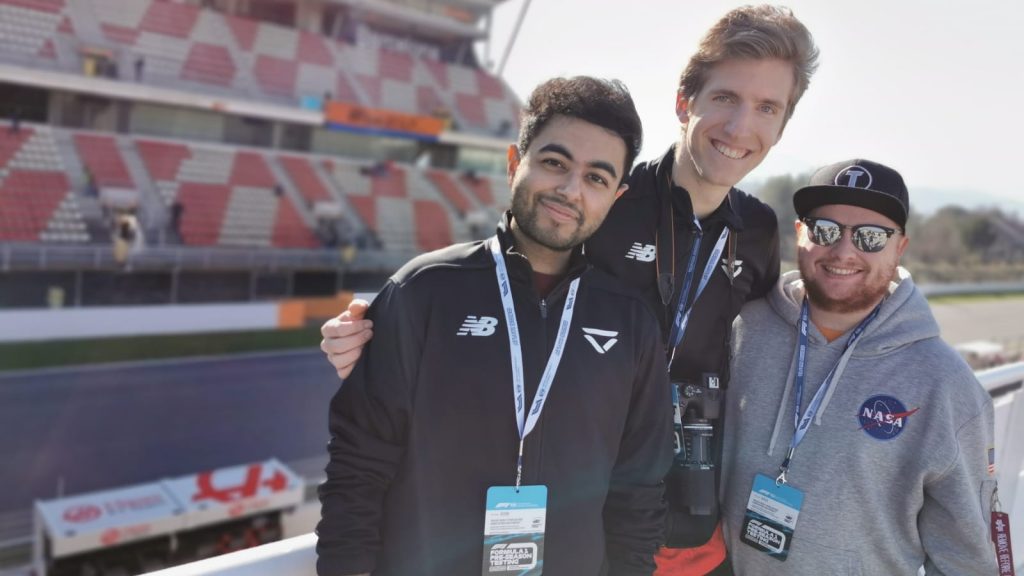 “I‚Äôm really excited and happy to be invited out here by the team for the second year in a row. You can really feel the energy here. Everyone‚Äôs winding up for the new year!

‚ÄúThe excitement of being here is huge, getting to go up on the rooftop of the paddock, seeing the cars going round and seeing that F1 is back after so many weeks and months. It‚Äôs not long now until everything kicks off and I can’t wait.”

Aarav’s a real renaissance man. As well as his role with Alfa, the Briton boasts an impressive YouTube following of more than 350,000. Be sure to check out his chat with Antonio Giovinazzi and Robert Kubica here. And on top of that, he holds a degree in Aerospace Engineering from the Queen Mary University of London. With his technical head on, he gave his opinion on some of the most eye-catching cars on track.

‚ÄúI‚Äôve been impressed by lots of teams. Mercedes still look as strong as ever, and Racing Point look insane too. I also can‚Äôt not say Alfa Romeo ‚Äì Kimi and Gio are both doing a great job and hopefully they do really well this year.

‚ÄúLivery-wise, best looking is either the Alfa Romeo or the AlphaTauri… If I say ‚ÄúAlpfha‚Äù I‚Äôm covered on both fronts, so I‚Äôll let you guess which one I mean!‚Äù

LIFE THRU A LENS

Despite Mercedes’ revolutionary DAS system causing a huge stir over the course of the three-day test, it was actually the equipment of his Alfa Romeo colleague Dani Bereznay that generated the biggest smile from the team principal.

‚ÄúThe best thing I‚Äôve seen here is probably our driver Dani Bereznay getting very overexcited taking photos of Formula 1 cars with his massive rented lens. He‚Äôs almost as excited as he was in the cockpit in F1 Esports, so maybe that‚Äôs something we need to work on for 2020!” 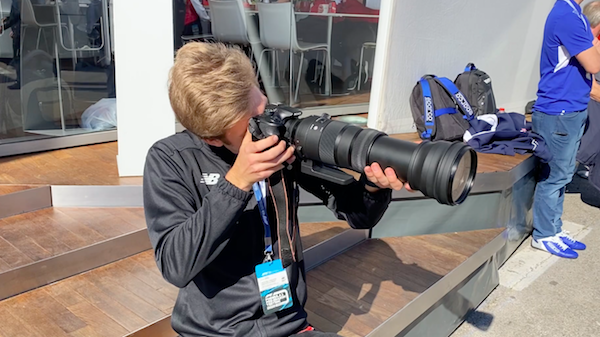 Alfa’ driver and 2019 Pro Series bronze-medalist Dani Bereznay was also there to see if life imitates art. And through his bazooka-sized camera, he got a good look at the twists and turns of Montmelo.

‚ÄúIt‚Äôs a very enjoyable track, both virtually and in real life. It resembles it a lot! It‚Äôs very tricky to get all the apexes right and the surface changes a lot, so grip is different. Cars can lose the back end quite easily, so that‚Äôs why we‚Äôve seen a lot of people spin out on the track, but that makes testing even more exciting.‚Äù

‚ÄúThe cars are beautiful! And after three months without F1, it‚Äôs time to see some action again. Being part of the F1 Esports team sometimes means being invited to some events like Grands Prix and testing in Barcelona. I’m¬Ýonly here for one day but it‚Äôs awesome so far, so I‚Äôm happy to live the dream as they say!” 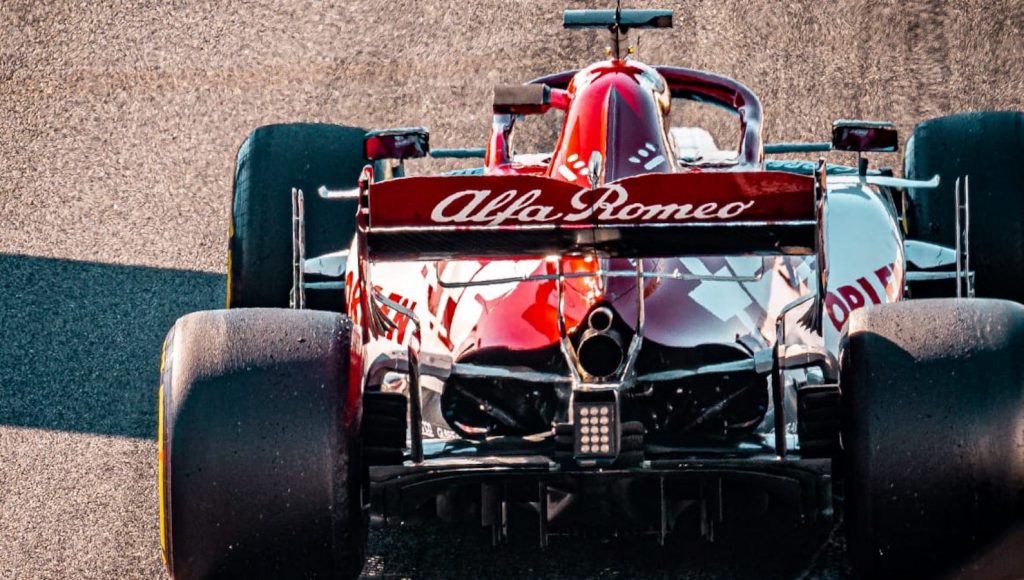 Be sure to follow Dani on Instagram and check out his photography highlights to see some of his impressive snaps from Spain.

BEN, DO YOU HAVE (SUN) DAMAGE?

To complete the trio, Australia’s favourite import to the United Kingdom, Ben Daly, was also in attendance. After moving over from his home country in 2019, Ben’s been missing the warmer climate, so a resplendent Barcelona was a welcome return to warmth for him.

‚ÄúAh… getting out of rainy old England, into the sunshine of Barcelona for F1 pre-season testing. I love being here! It‚Äôs my first time here –¬Ý not only in Spain and my first time here at Catalunya as well. I have to say, it looks absolutely stunning in person‚Äù

As well as sightseeing, his main focus was to shoot a video with Alfa Romeo driver Antonio Giovinazzi, and test driver Robert Kubica, which you can check out below.

Alfa Romeo wound up second-quickest in the first week, after a monster lap from Kimi Raikkonen. Can the Esports side of the operation build on their solid 2019 campaign in the 2020 Pro Series? And what will their driver roster look like?¬Ý All that and more will be revealed as the Pro Draft gets under way.

Watch this space for more updates!