First pick in the Draft. First winner of the season. First season with Ferrari involved. First in the standings.

2019 was a year full of firsts for Ferrari Driver Academy Hublot Esports TeamŌĆÖs David Tonizza. The Italian was the class of the field, wrapping up an enthralling season with three victories, and a cult following thanks to his nickname.

Doubtless, Tonzilla will roar again in 2020. But heŌĆÖs got one hell of a target on his back for this season. There are plenty of faces old and new ready to assume his crown. Can he make it back-to-back championships, like Brendon Leigh before him?

ŌĆ£But at the same time, you have a lot of pressure, because you have to show that you are still number 1. YouŌĆÖve got eyes on you from the first race of the season, so you don’t want to fail and lose the championship.ŌĆØ

The 2019 Pro Series was hotly-contested, with six different drivers taking victories. Going into the final three races, there were four drivers with a chance of glory ŌĆō and Tonizza even lost the lead to Frede Rasmussen going into the final race. 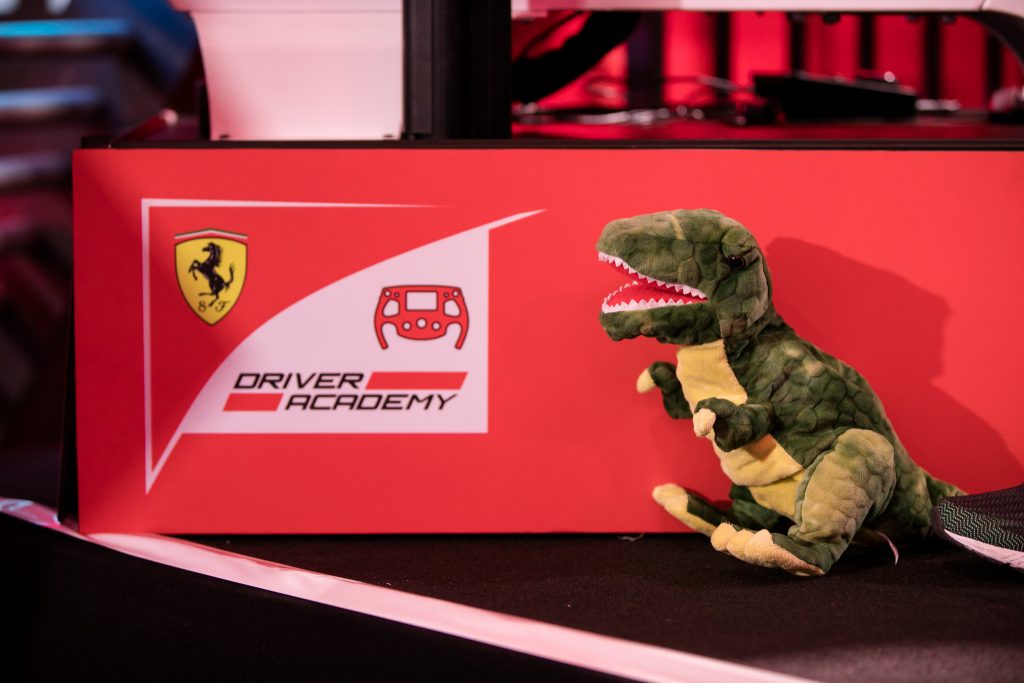 ŌĆ£From what we saw last year, there are lots of threats. Many of them switched team and their role to first driver, so this means they are going to do even better. It’s hard to say who’s going to be my main┬Ārival… we should wait and see!ŌĆØ

Tonizza, Rasmussen, Dani Bereznay and Jarno Opmeer scored in a major way in 2019, with all four busting through the magic 100-point barrier. One driver who would have hoped for more was Enzo Bonito, who leaves McLaren shadow in 2019 to link up with Tonizza at FDA for 2020. Having an Enzo at Ferrari is more than just a throwback though, as he explains.

ŌĆ£I think he’s an insanely fast driver, and he’s got also lots of experience. Having a guy like him in the team is the key: he’s always close to or even in front, and this motivates me to do better.

ŌĆ£I feel our line-up is one of the strongest, and I’m really confident about this season!ŌĆØ

FDA Hublot didnŌĆÖt quite manage to make it a double in 2019, with Red Bull scooping the TeamsŌĆÖ title. However, with this pairing, and their third choice in the Pro Draft to be revealed on Thursday night, the energy is high.

By now, you donŌĆÖt need telling that 2020 is an unusual year. The adaptation of F1ŌĆÖs on-track season has enabled a 17-race calendar to exist. And though the virtual world has lived on through the Virtual Grand Prix series and Pro Exhibition races, the Pro Series will also need to change a few things to accommodate for safety measures.

ŌĆ£Racing in the arena means that you have to adapt to those peripherals, and there’s who adapt better, and those who find themselves in trouble.

ŌĆ£Racing from home instead means no one is looking directly at you – you feel less pressure. Said that, I think we’re going to see really close battles this year.ŌĆØ

ItŌĆÖs not just the setup thatŌĆÖs new. F1 Esports goes into uncharted territory, with a new game, a new race length, and new circuits. So while the on-track Dutch and Vietnam Grands Prix will have to wait, we get to race there first.

ŌĆ£I tried both of [the new circuits], but I have to train a lot more to say if I really like them or not.

ŌĆ£Hanoi is a street circuit though, and that’s the kind of track I absolutely┬Ālove. Zandvoort on the other hand is tricky and really short instead, so it will be very tough to make the difference. If I have to choose the track of the title-deciding race, I’d choose Vietnam for sure.ŌĆØ

Acclimatising to these new circuits will be important ŌĆō as too will focus on the new game. F1 2020 dropped in July, so thereŌĆÖs been a decent amount of time to get up to speed with the tweaks from the previous iteration.

ŌĆ£Compared┬Āto last yearŌĆÖs┬Āgame, I feel it’s harder to get the traction right, and the gearbox has become trickier to master. But it seems that finding the limit of the car is easier compared to last year, so time gaps will be even closer!ŌĆØ

Much like Lucas Blakeley, whom we recently spoke to, Tonizza was an un-selected Draft entrant in 2018, who went on to bigger and better things in 2019. The learning curve was a steep one, but the timing was right, as he explains.

ŌĆ£It was a┬Āhuge relief [to be picked last year], because I had put an incredible effort during the year in which I wasn’t picked. Lots of things have changed, I’ve grown as a driver and as a person. The moment I was picked, I understood that I was mature enough to represent an important manufacturer.”

ŌĆ£I wasn’t expecting to qualify for the Pro Draft in 2018, and realised that I wasn’t ready to be part of an F1 team. This was something I took as a challenge, I started to train really hard for a whole year, until I was finally noticed and picked!

ŌĆ£I started to train both physically and virtually. I joined lots of famous competitions, and I did really well on them. Race by race I was gaining confidence but I didn’t expect to become fast enough to win the F1 Esports, which I was watching from home in the┬Āprevious year.ŌĆØ

A year can make quite the difference. In fact, some of this yearŌĆÖs Draftees are returning drivers who didnŌĆÖt get the nod in 2019. Will some of them make the cut this year, and if so… who?

ŌĆ£There are a lot [of drivers] actually. Some are really good on raw pace, some are really fast on race pace, and others are very strong on setup-work.

ŌĆ£We’re looking for a driver who has got all this 3 things; from what we saw in the Pro Exhibition races, I’d say Filip Presnajder, Bari Boroumand, and Shanaka Clay will be favourites.ŌĆØ

And for anyone who doesnŌĆÖt quite make the grade this time around, the reigning champion has one vital piece of advice:

ŌĆ£A driver who hasn’t been picked this year can still become the next year’s F1 Esports champion – keep that in mind!ŌĆØ

If it happened for Tonzilla, it can surely work for others too! Tune in on Thursday from 19:30 BST to see whoŌĆÖll be joining him at FDA Hublot Esports Team for 2020, as well as the rest of the grid! The show will be available on Facebook, Twitch and YouTube, as well as with selected broadcast partners. See you there!